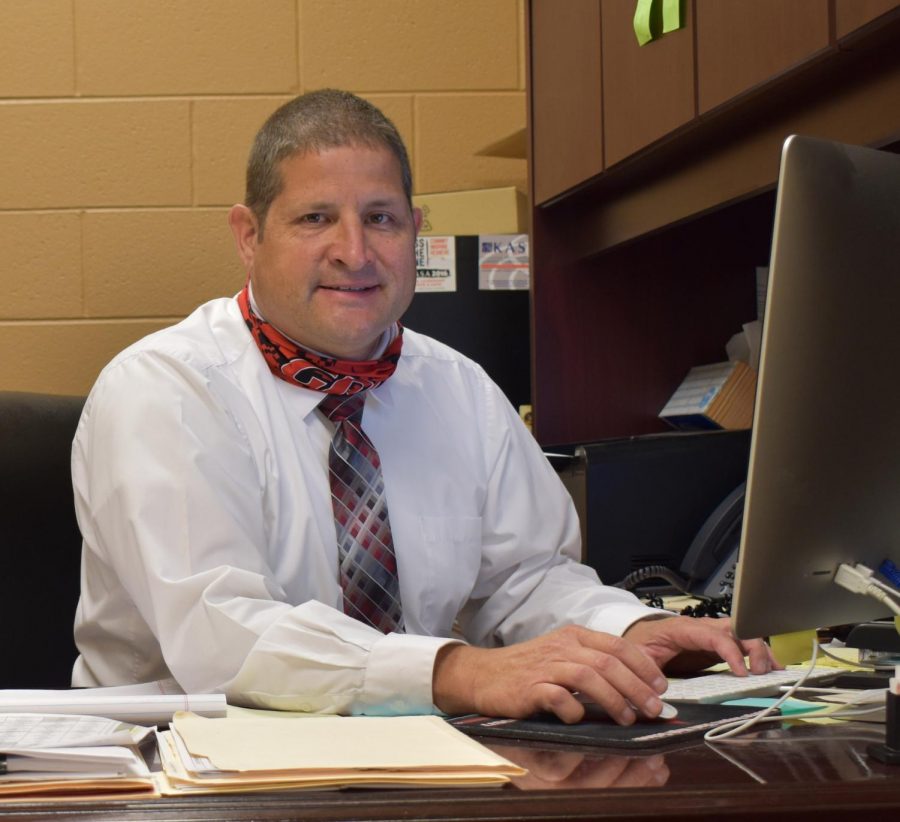 Something he looks forward to every day as a principal:

Is getting the opportunity to help both students and teachers.  I believe it’s my role as an assistant principal to serve others in whatever capacity I can and to help make teachers’ and students’ jobs easier.

His favorite part of the job:

The favorite part of my job is calming Mr. Loscheider down.  Sometimes he’s just a glitter bomb of excitement strolling down the hallway.  It may come as a surprise, but I don’t tend to show my excitement as much as other administrators.

His favorite memory on the job:

There are too many memories and experiences to pick a favorite but the best part of being in education is when a student comes back after high school to thank me for the positive impact that I had on them.