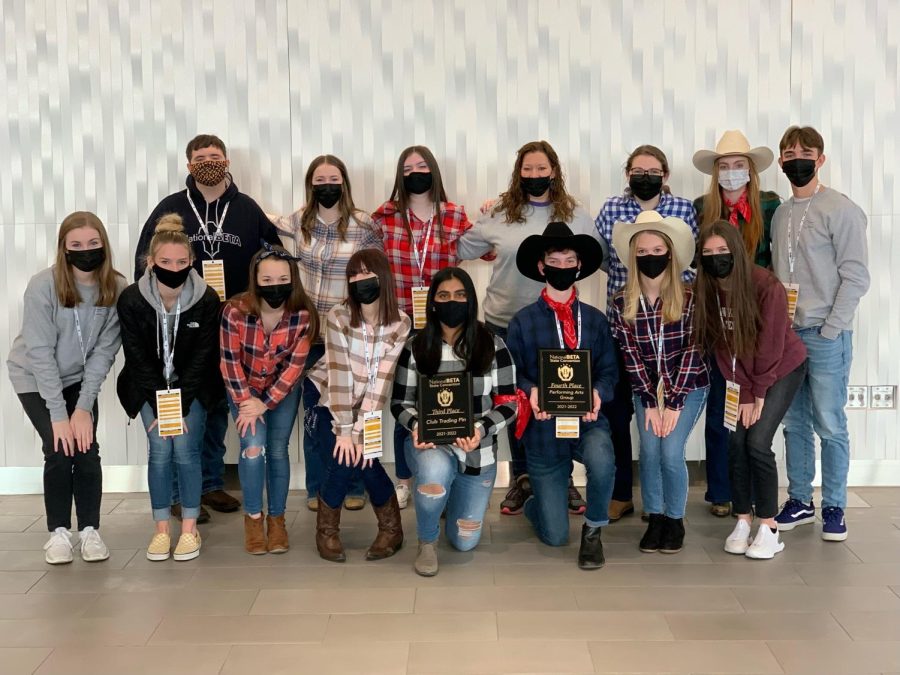 The GRC Beta Club members and advisor Amanda Mills won several awards at the 2022 Beta Club Convention Louisville this week and will advance to nationals.

As a group, the members placed 3rd in the Club Trading Pin Design and 4th in the Group Performing Arts.

These accomplishments have qualified GRC Beta for the National Beta Convention in July in Nashville.