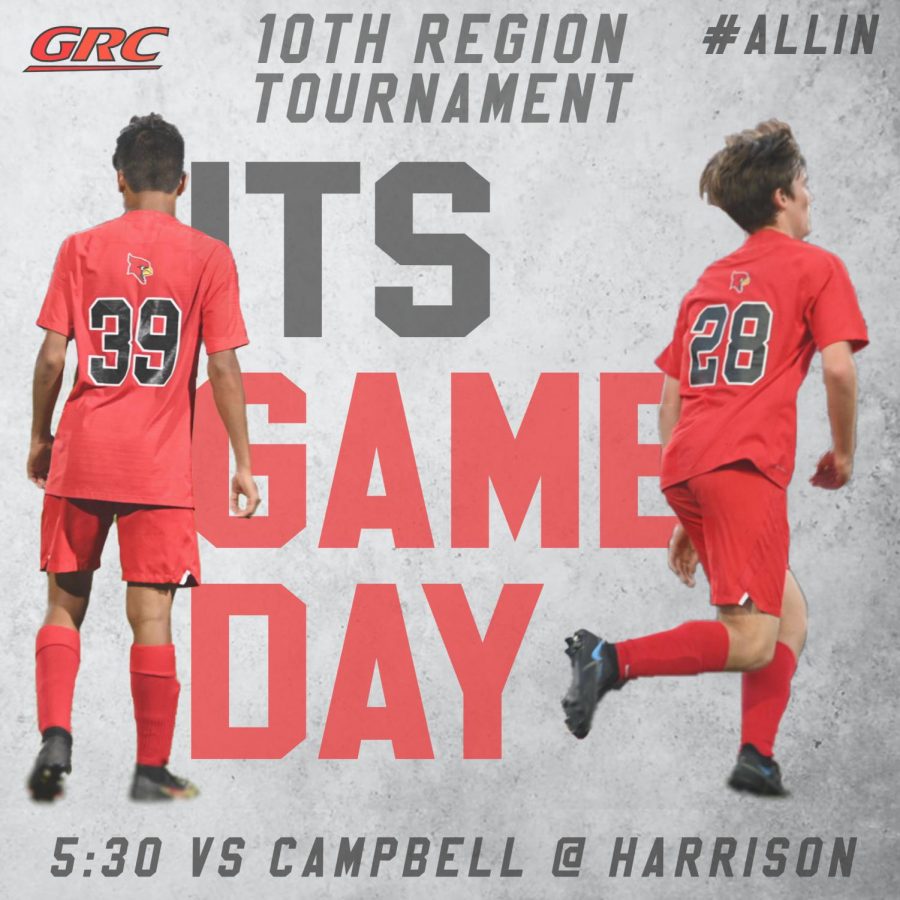 After first-round district tournament wins, both the girls and boys soccer teams have punched their ticket to the tenth region tournament.

The boys come in with a 11-8-2 record. The girls enter with a 15-6 record, including a district championship win over Montgomery County.

Both teams have had a very successful season, and should have the opportunity to compete for the title, and the chance to go to state.

The girls opened their district tournament play against Paris Independent. They were able to pull out an easy 5-0 win, as expected, to advance to the district championship.

The Montgomery Indians came in sitting in third place in the region, with the Cardinals just one spot ahead of them.

The Lady Cardinals had won five district championships in a row and were looking to extend that streak to six.

Regulation wasn’t enough time for either team. It was sent into extra time, and neither team scored, so they went to penalty kicks. The Cardinals were able to pull out the victory 3-2 in penalty kicks and secure the district title once again.

The win helps give the Cards a great positive mindset heading into the tournament.

Senior Ella Martin said. “The district win gave us a boost of confidence going into the region tournament. It also gave us a bye for the first round and a great path to the championship.”

After winning the region Championship four straight years, Bishop Brossart ended the Cardinals’ streak last season. The girls will make sure that doesn’t happen again, making sure they are prepped and ready to go for the tournament.

“We’ve done a lot to prepare for the region. We practice everyday for 2 hours, we’ve created more corner kick plays, and our coach does a great job of keeping us in the loop of who we’re playing and what they play like,” Martin said.

The Lady Cards will play Bishop Brossart in the first round of regions in a revenge game, on October 13th at 7:30 in Campbell County.

The boys soccer soccer team started their tournament play with a win over Bourbon County that put them in the district championship once again versus Montgomery County.

With a win the Cardinals would have secured a one seed in the region tournament. After a scoreless first half, the second half was moved to Friday due to storms.

To start the second half the Cards jumped out to a quick 1-0 lead. Unfortunately the lead didn’t last long, because the Indians scored two very quick goals to take the lead. Late in the game the Indians punched in a goal to take the district championship home, and secure a one seed in the region championship.

After last year’s tough loss in the region tournament, the boys are ready to bounce back and ready for the opportunity.

“We’re taking care of our bodies and making sure we do the best we can and having that win mentality,” captain Brandon Beltran said.

Bishop Brossart comes in as the favorite with Montgomery County and Cardinals right behind them.

Montgomery is entering as the defending champions and the Cardinals are going to make sure that doesn’t happen again.

“I feel like there is hope that we can play them again one more time,” Beltran said. “If we can work hard in these next games there is a chance for sure. It’s all up to the team though.”

GRC is a little banged up with injuries and will need the second stringers to step up in a big way.

If the Cards want to have a chance to win the region this year they will have to be sharp and come prepared. They take on the Campbell County Camels tonight at 5:30 at Harrison County.