Who is your favorite Jonas brother? Staff member Reagan Smith applauds the 'reunion of the decade.' 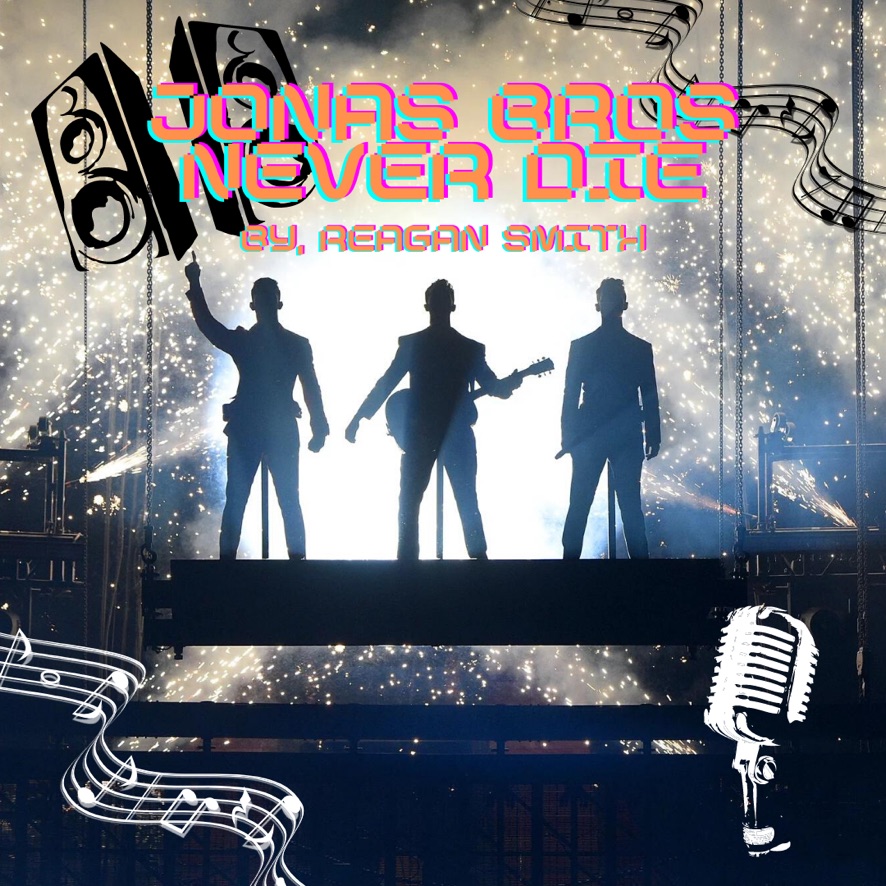 Three of the most iconic pop music artists of the 21st century take center stage.

Throughout the arena, shouts can be heard in varying degrees of excitement for all three brothers. For me personally, it was: “I LOVE YOU, KEVIN.”

Though for many others, the sentence was altered to include their most beloved Jonas. The love in the arena during their shows is unrivaled on the basis of their close, almost familial, long-standing relationship with their fans.

Whether you realize it or not, these infamous brothers have more likely than not played a role in the limited years of most of our current teenage existence.

Whether it be that you were a huge Camp Rock fan, were completely devastated when your favorite boy band of the 2000s broke up, or have only recently gotten into their music in the last three years, you undoubtedly have gotten a taste of the obsession that is the Jonas Brothers.

I was fortunate enough to attend my first Jonas Brothers concert in 2019 for the Happiness Begins tour. It was their reunion tour after six long years apart pursuing their separate careers.

The energy in Cincinnati that night was so electric with anticipation to see our guys together once again after being apart for so long it’s almost difficult to emulate into words.

I have never been in an arena so pronounced with such lively energy in my 16 years of life. They had a real crowd pleaser when it came to the setlist with a spectacular mixture of all their greatest hits and each of the heartwarming tracks on Happiness Begins.

You will never find such a fun-filled combination of a family atmosphere and a place where millennials can relive their glory days belting out Burnin’ Up into a crowd.

A few weeks ago, I once again found myself in a backed venue in Cincinnati, waiting for three brothers to sing about catching some Lovebug for the Remember This Tour.

After two extremely long years of struggles and hardships with the ongoing pandemic, it was like a breath of fresh air to be able to join together with hundreds of complete and perfect strangers to listen to feel-good music in the pouring rain together.

To think it has been almost two decades since the heated debate over which brother is the hottest and superior overall started up is pretty shocking, and I will admit my seemingly eternal love for Joe sometimes creeps back in.

The world has now seen the brothers reach their peak in pop culture, have a brutal breakup, go off to have their respective careers, start their own families, and have the reunion of the decade.

Luckily, when these hard times take hold, I pull up the Pinterest board of my favorite Kevin photos and am reminded that Kevin is the best and only acceptable answer to: “Who is your favorite Jonas Brother?”