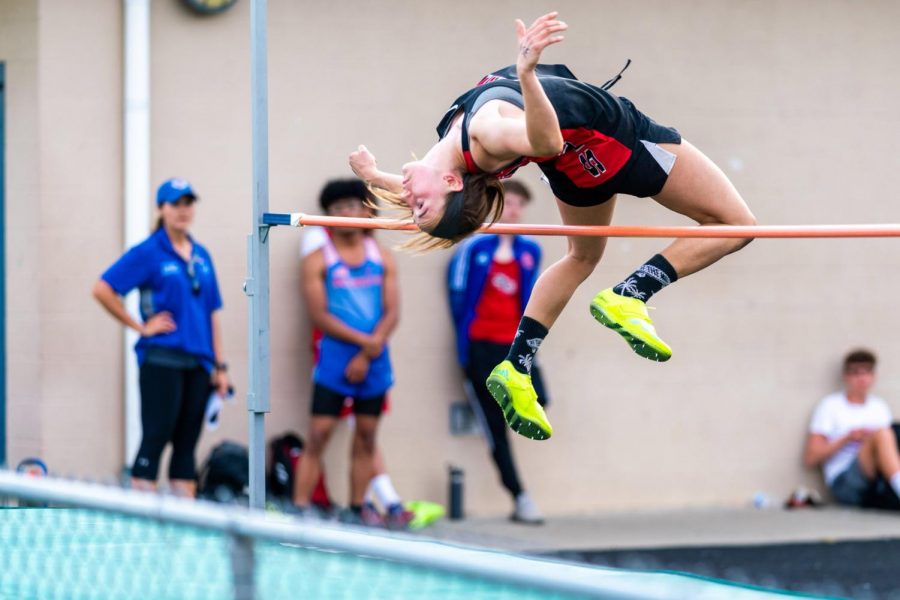 Julia Pohl, a 2021 GRC graduate, jumped a personal best 5’7″ on her way to a KHSAA Class 3A Region 6 championship. She went on to earn second place in the Class 3A KHSAA State Track Meet at the University of Kentucky.

Julia tied the best-ever GRC season finish in the high jump and tied for the best GRC high jump performance at a state meet.

Julia is headed to Northern Kentucky University on a track and field scholarship.

“It was such an amazing feeling to compete at state this year since our entire outdoor season was canceled last year,” she said. “With the building of GRC’s brand new track and addition of proper equipment, I was able to enhance my performance to the next level, even after having to take a year off.”

Julia cleared 5’6″ for her region title and 5’6″ at the state meet, resulting in a tie-breaking second place finish. The state winner also jumped 5’6” but had less miss attempts.

“If I wasn’t going to win state, a tie breaker is how I’d want to go out,” Julia said.

Julia also placed at the state meet in two other events. She long jumped 17.0.5 for 4th place, and reached 35-2.75 in triple jump for an 8th place finish.