Is there a perfect 5-peat in store for Graham’s team?

These girls are excited. They’re ready, and they’re pumped for this season. Let’s make it a five-peat. - Coach Robbie Graham 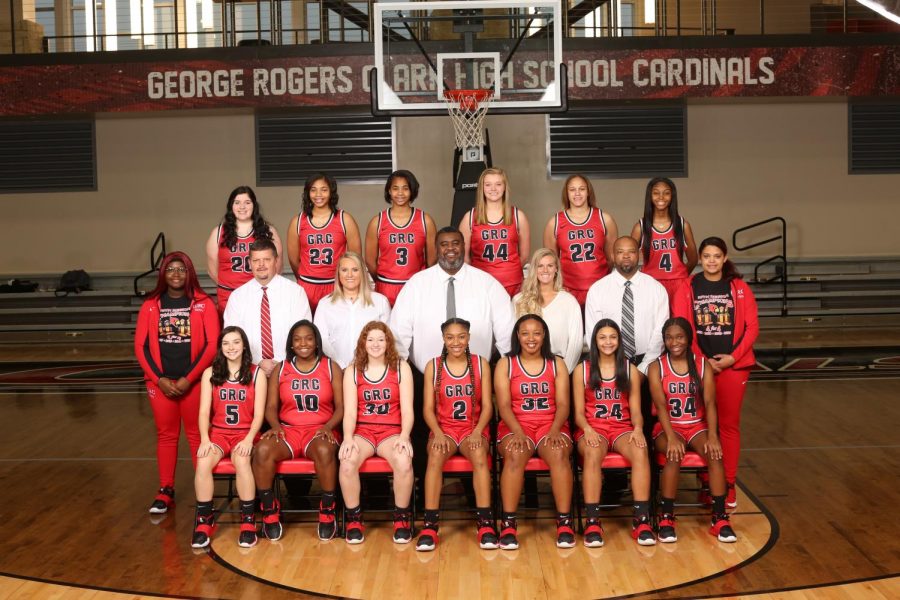 It’s no secret the GRC Hoops has certainly made a name for themselves in the realm of high school girls basketball in Kentucky.

The girls are on track to do something extremely special this upcoming season as they are going for their eighth district and fifth regional championship in a row.

“Last year’s team was a special one for sure,” says Head Coach Robbie Graham. “The girls just clicked, they knew what needed to be done to win.”

The Cards finished last season with a 22-10 record on the season, sweeping through the 40th District and the 10th Region.

The Lady Cards had two incredible seniors on their team last season, Kennedy Igo and Shelbi Wilson. Igo and Wilson contributed to much of the Cards’ success with Igo averaging 14.6 points per game and Wilson averaging 8.9 points.

“It’s hard filling the void of players like Igo and Wilson; they’re players that leave a lasting impact on your program,” says Graham. “This season we need players to step up and fill those big shoes.”

Although the Cardinals lost two big scorers from last year’s team, they return a lot of talent. Sophomore wing Brianna Byars and junior forward Tyra Flowers were both top three scorers for the Cards last season.

“Our focus this season like always is hard-nosed defense,” says Graham. “Getting defensive rebounds is the key to our success.”

Rebounding shouldn’t be a challenge for the Cards this year. Last season Flowers and Byars were the team’s top two rebounders, with Flowers averaging 8 rebounds per game and Byars, 7.2.

“Flowers and Byars have been through the storm,” says Graham. ”They know what it takes to lead this team and I expect them to be nothing less than leaders.”

Graham knows how to build strong leaders within his team so there should be no issue there.

“Going into this season first and foremost our main goal is to stay safe and follow every Covid protocol, so we can continue to have a season,” says Byars. “After that we have three main goals — win district, win region, and make a run at state. All my team and I want to do is continue the long tradition the women before us created.”

Growing and molding his players into the best players they can be is Graham’s specialty. With seven of his previous players currently playing collegiate basketball, it’s clear he knows what it takes to prepare his girls for success.

“With my senior season starting, I just want to soak everything in and really make lasting memories,” says senior guard Erica Berry. “My defense has improved since last year, and I feel like that is something I can contribute to my team’s journey back to state. Getting back there is so important to me. I want to end on the best note possible.”

The Cards come into the season ranked 9th in the state according to the Herald-Leader pre-season poll, and 1st in the 10th Region. These rankings are a recurring theme for the Lady Cards.

“These girls are excited. They’re ready, and they’re pumped for this season,” says Coach Graham. “Let’s make it a five-peat.”