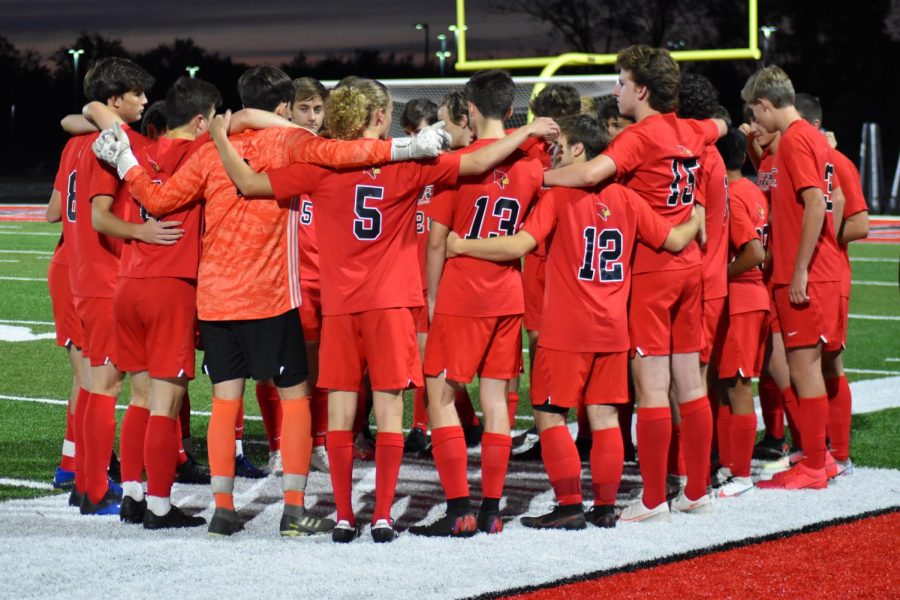 All photos in gallery by Cameron Anderson

Eighteen seconds left. The bleachers shake. The stadium roars. The sound of the crowd can only be matched by the intensity in the eyes of each player. The shot goes up…..silence.

That silence is all that is heard this season as stands have seemed to have shrunk . As players train for the season these images start to sink into the minds of high school students.

COVID-19 has truly changed every aspect of athletics. Smoke Signals media interviewed GRC’s soccer coaches to get an insight on just how challenging this new process has been.

GRC men’s soccer coach Nicholas Vogler was enthusiastic about the season despite the hardships it would bring. “Mentally,” he said, “it was hard to focus early on this season, with all the extra time and attention that was going into the logistics of how we would host games, travel, screen, etc.”

Women’s assistant coach Alexis Powell said the uncertainty was difficult heading into the season. “We went from not knowing if we were going to get to have a season, to making it to the regional championship,” Powell said. “Their ‘make every moment count’ attitudes certainly helped us achieve more than what might have been possible this season if that hadn’t been our attitudes.”

Even though these coaches were faced with a roadblock, they knew just how important it was for all their players to be able to compete this season. Players knew this season would be anything but normal, however, were desperate to play the sport they love.

“I think people truly underestimate how important athletics are,” Vogler said. “Not only the individual coaches and players, but also the schools and communities. The enthusiasm and love for their sports is nearly impossible to ever take away.”

While this season was not conventional, both teams had success. “I think each player and coach had a new sense of thankfulness towards the season,” Powell said.

The men’s soccer team finished as district runner-up, and the women’s team as district winners. Both teams would compete in the region to cap this 2020 season, with the girls finishing as runner-up.

While changes were made, coaches wouldn’t forget these new adjustments. “I think in some ways it helped with individual skills like the ability to take a good touch or shot,” Vogler said, “but it hindered things like on field team chemistry and tactics. In the end I was just happy we were able to get on the field and play.”

As coaches look back on their seasons, they could not be more proud of the performance and morale of the players.

“This year, I am most proud of our senior’s attitude,” Powell said. “Every player’s attitude was great. Looking ahead to next year, I am excited for our rising classes of players. We have a lot of talent that has big shoes to fill, and I think they are capable of doing just that.”

Coach Vogler shared a similar outlook. “ I am proud of everything,” he said. “My coaching staff and players did a tremendous job preparing and adapting to this season. It was not easy, it was hectic, and it was constantly changing. When it came to preparation, adaptation, staying focused, and maintaining enthusiasm, they did a great job.”

As these coaches look forward, they see great things to come for their teams.

Players’ mental and physical toughness during this strange season have proved greatness in years to come.

Seconds left… 3… 2… 1… The game clock expires. The buzz echoes through the lifeless stadium. A new season has begun…